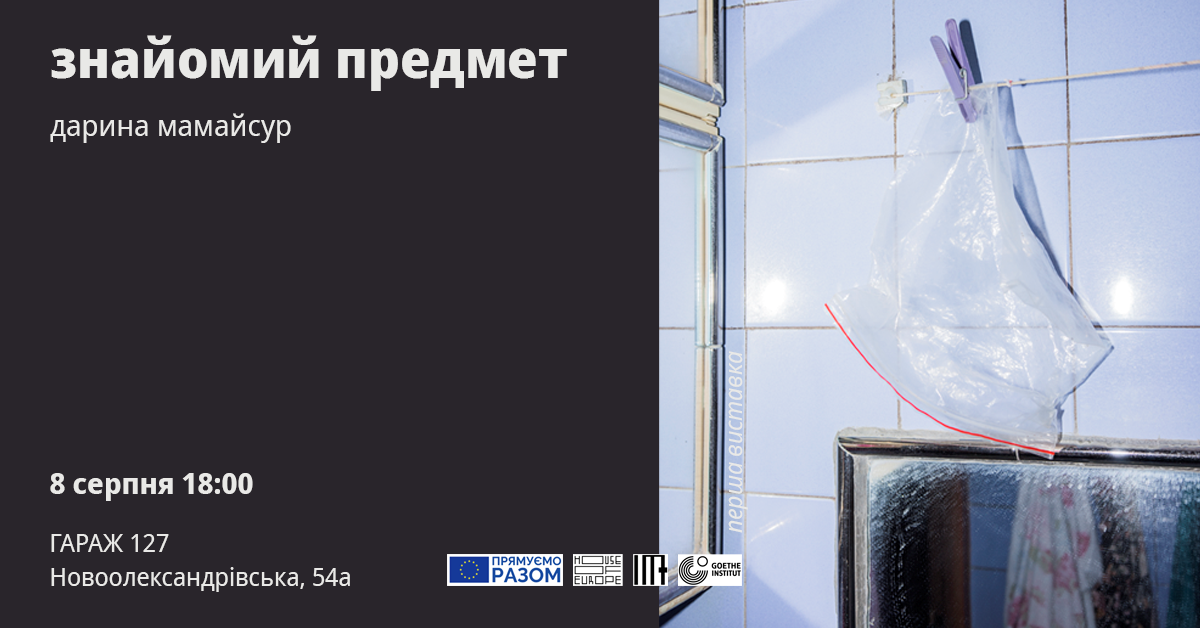 Daryna Mamaisur was born and lives in Kyiv. Balancing between texts, photography, and cinema, she addresses the transformations of public space, visual culture, and memory. She has participated in a number of international and Ukrainian workshops and programs on art criticism, film, photography, and urban planning. As an independent researcher, she was published in KORYDOR.
“Familiar object” is a series of photographs, a kind of archiving of objects that belong to the artist’s mother and fill her apartment. Most of them have a purely decorative function. Choosing familiar objects from childhood, Darina singles them out from the crowd, thus creating a “museum of memories.” “Initially, it was a project about a person’s tendency to accumulate, about a certain fear of empty space – through the painstaking fixation of many things that artist`s mother decorates. These things, most of which have been stored for decades, Daryna convinced, are recognizable to many viewers – as attributes of their parents’ or grandmother’s house. At first,  Daryna tried to find traces of the collective in this desire to accumulate, when things lose their uniqueness for the owner. However, in the end, this work turned out to be very personal: about returning to the place of one’s childhood, about rediscovering and a new look at the familiar environment. It is an attempt to understand and even forgive a loved one what used to provoke so much resistance.
“Familiar  object” is the fifth of the seven exhibitions of the project “The First Exhibition”, which took place in 127  garage in the summer and autumn of 2020. As part of the project, we help young artists who do not yet have exhibition experience to prepare and hold their first exhibition. “The First Exhibition” was supported by the European Union under the program “House of Europe”.